Since our floor loom is getting warped (re-strung) this week, I thought I would do a bit of research on it. 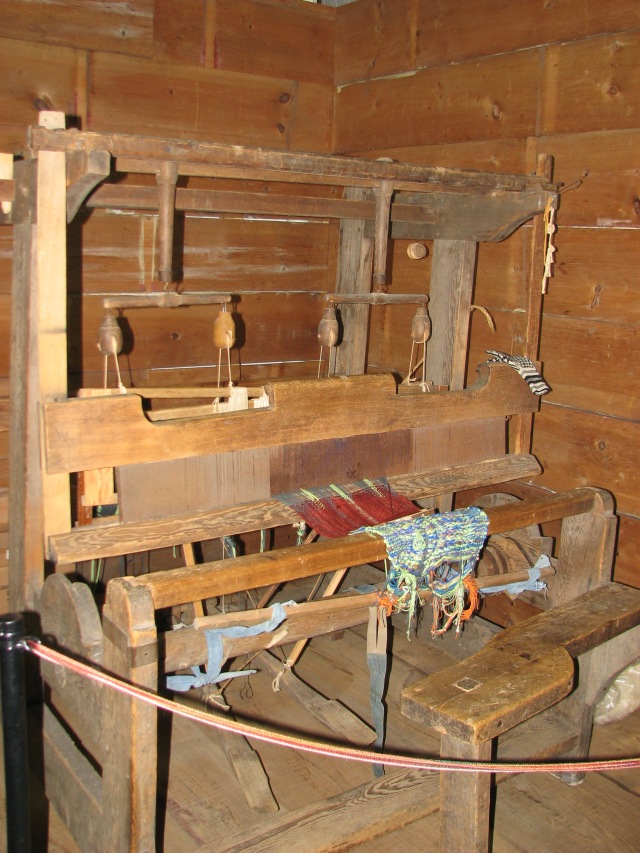 Donated by Jerrold Ness and Mrs. Francis Fielder, the loom was used by Mrs. P.M. Danielson of Cyrus, MN. It was hand made in the early 1880’s. There are no nails or screws in the original parts, but some repairs have been made over the years. It is held together by pegs and can be disassembled to take it through doorways.

Emily Westberg Danielson (Mrs. P.M) was born in Sweden in 1865 and came to America in 1881. She settled in Sauk Center, where she met at married Peter M. Danielson. They moved to Cyrus in 1884 where Peter opened a blacksmith shop. They had 12 children. She passed away in 1935. The loom was donated to the Pope County Museum by her grandchildren, Jerrold Ness and Mrs. Francis Fielder.

The loom is a machine for weaving cloth, or in this case, rugs.
String – or “Warp” is wound around the warp beam at the back of the loom. Then it is threaded through the “Heddles” – the parallel guides at the center of the loom. The heddles are alternately raised an lowered by the foot treadles. Pressing one treadle raises alternate warp threads, while lowering the other threads. The other treadle does the opposite. When the warp threads are thus separated, the weaver can pass a shuttle between them. The shuttle carries the weft material that is woven into the warp threads. The reeds in the front of the loom keep the warp evenly spaced. 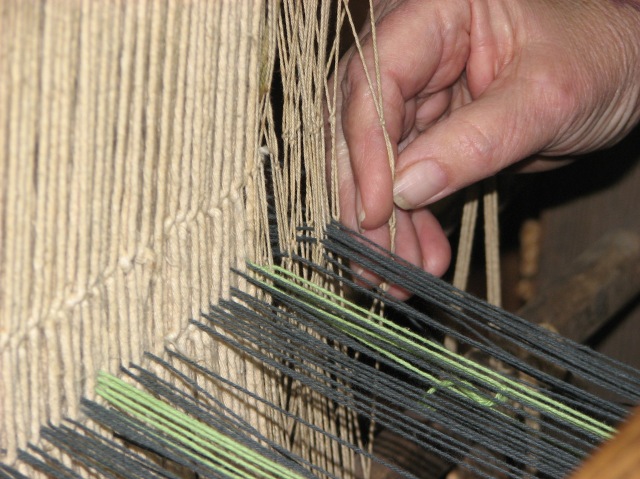 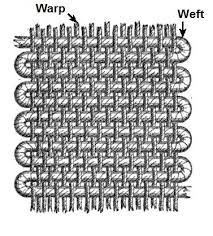 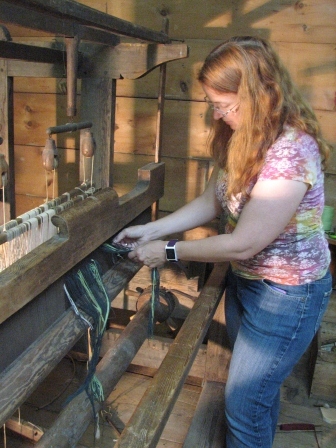 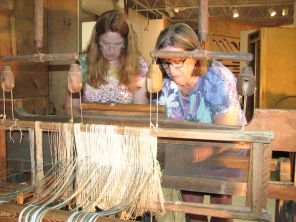 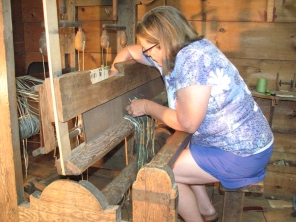 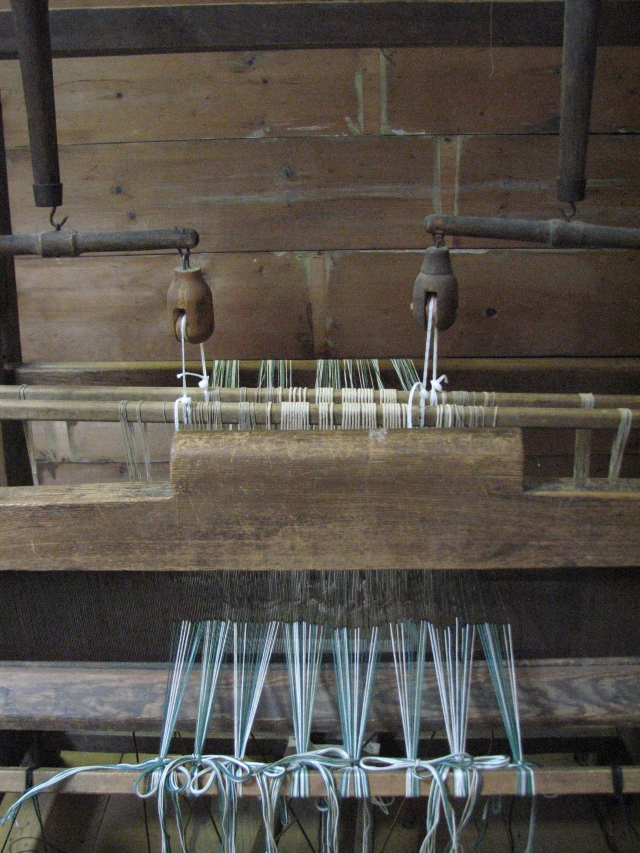 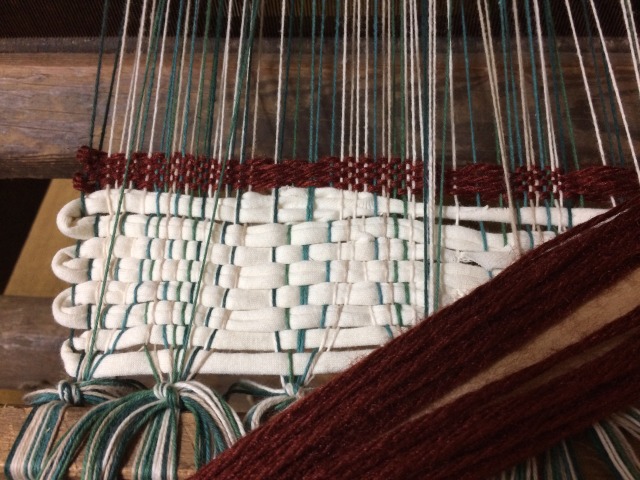