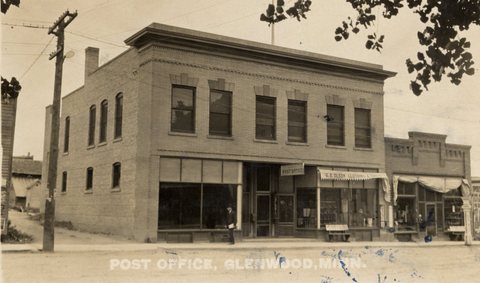 The McLaury Building on South Franklin Street was built in 1909 by Glenwood Postmaster Eilert Koefod to house the Glenwood Post Office. The building burned on May 4, 1958 and was torn down in October 1959. It is now used as outdoor patio space for the Village Inn. 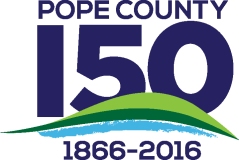