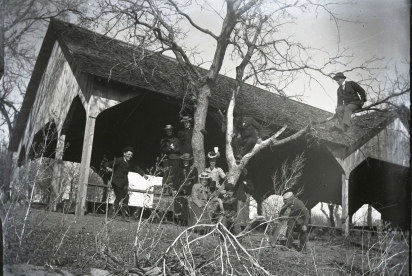 The first open air pavilion on the lake was built in 1885.  It was a popular gathering spot for visitors, locals and especially students at the nearby Glenwood Academy – a high school for young Lutherans. 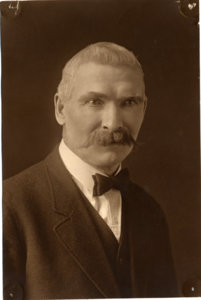 In 1908, J.H. McCauley built a replacement pavilion with a dance floor, with the understanding that he would manage it for ten years, then turn it over to the city of Glenwood. The Pavilion opened in May 1909. 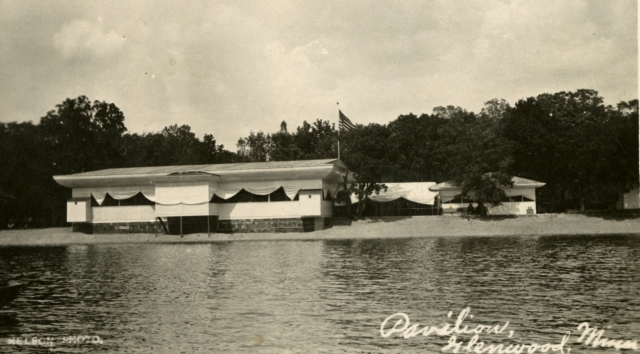 It immediately became a draw for dances, conventions and large community get-togethers. The entire complex included the dance building, an ice cream parlor, beach facilities and a toboggan slide. 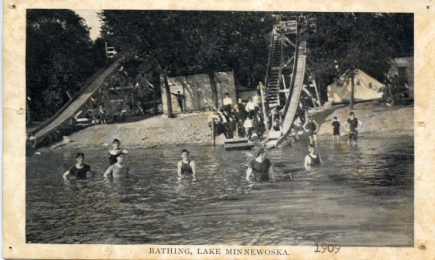 The Ballroom continued to grow in reputation and size under the management of Tuddy Kaldahl and Harold Brundin, especially through the big band era, when it hosted such bands as the Andrews Sisters, the Everly Brothers, the Glen Miller Orchestra, Lawrence Welk and Louis Armstrong. 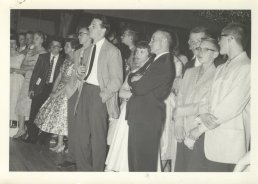 Click HERE to see a collection of posters from Lakeside attractions.

Brundin and Kaldahl oversaw several expansions of the building. In the late 1930s, wooden shutters and wood stoves were added to allow year round use. The Ice Cream Parlor and lounge were fully attached in 1947, and in 1953 they held a grand opening to show off a major expansion that created a larger dance floor, a new stage, more lounge space and more restrooms.

As the popularity of ballroom dancing declined, managers Kaldahl & Brundin along with later managers Duane Peterson and Arnold Moe were able to keep the Ballroom in operation by adding other events to their calendar, including roller skating, Rock and Roll bands, country western bands and private functions such as wedding receptions. 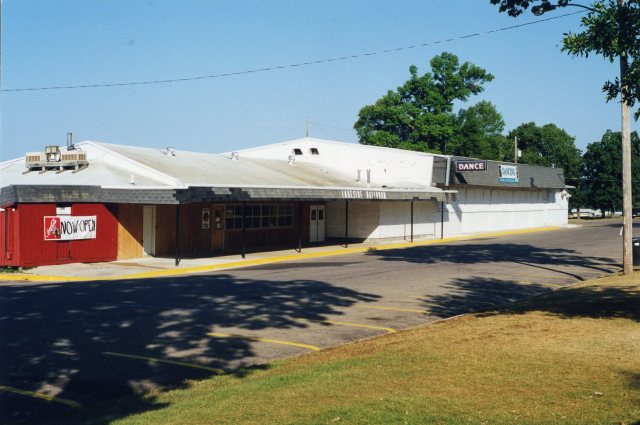 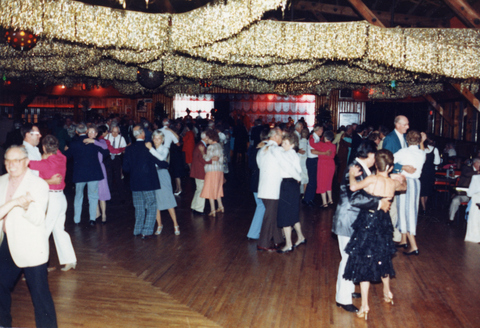 When it was destroyed by fire in 2003 there was an immediate cry to rebuild. 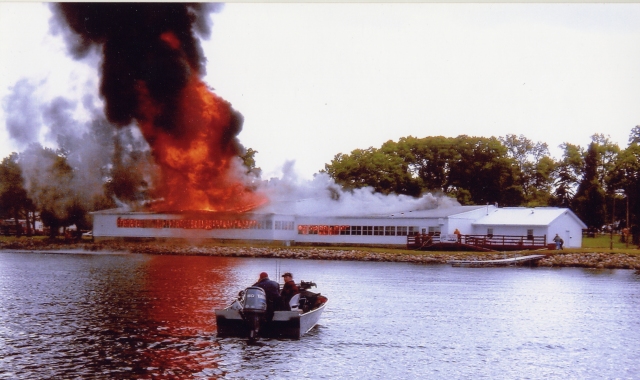 The new Lakeside Ballroom opened in 2005, and includes a full restaurant and meeting rooms in addition to the ballroom and bar. Today it is managed by Jill Solmonson and is a popular place for parties, wedding receptions, and community events.  The Lakeside Dance Club meets regularly and the dance tradition continues. 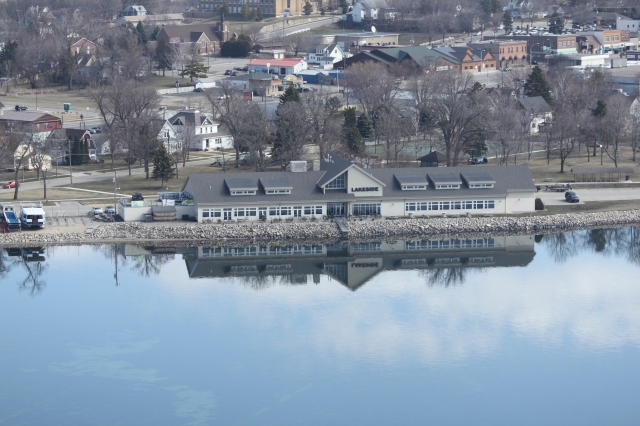 Click Here to read about and see a TV program featuring Lakeside and the Ballroom Dance Club.