Potato Peeling Contest at the Fair!

Posted on August 7, 2009 by popecountymuseum 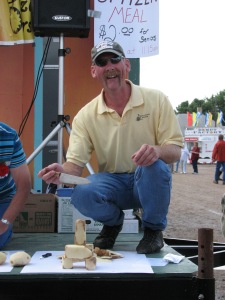 Merlin and his potato tower

Marge Lang was crowned the champion for the second year in a row. Our own Merlin Peterson was again a participant, but was unfortunately disqualified. His non-traditional peeling method was against the rules. Cutting the sides off with a knife just does not qualify as potato peeling.

But the rest of the contestants gave it their best effort. KMGK radio did a live “peel by peel” of the event. The grand champion for the 2nd year in a row was Marge Lang. 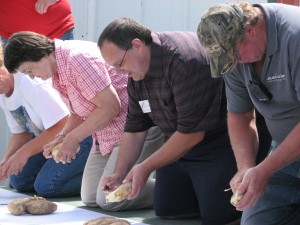 This blog is primarily written by Ann Grandy, Assistant Curator.
View all posts by popecountymuseum →
This entry was posted in Uncategorized and tagged County Fair, Pope County, Potato peeling contest. Bookmark the permalink.